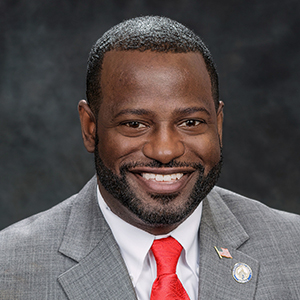 Under a law the governor signed in October 2020, certain adult inmates or juveniles can earn credits to qualify them for early release during a declared public health emergency, which Murphy recently extended for another 30 days. Those serving sentences for murder or aggravated sexual assault, or anyone deemed a repetitive, compulsive sex offender, are not eligible. The program freed 5,300 inmates through October 2021 and reduced the state prison population by 40%. The governor said the early release was necessary to ensure imprisoned inmates could socially distance to stop the spread of Covid. At the bill’s signing, he said the positivity rate among inmates was 0.09%.

“Governor Murphy failed to learn from his error last time. A man serving time for burglary was released early and quickly went on to killing an innocent person two days later,” McClellan (R-Cape May) said.

Jerry Crawford was serving time for burglary in Bridgeton’s South Woods State Prison when he was released Nov. 4, 2020 on the so-called public health emergency credits. He is accused of murdering Bridgeton resident Davion Scarbrough, 18, on Nov. 6, 2020. Scarbrough was found shot multiple times near a dirt path in field in his hometown.

“The hypocrisy is, inmates go free and the general public in a lot of ways still feels imprisoned by these mandates. The hypocrisy is, the governor is telling us children can safely unmask in school on March 7, but it’s too dangerous for inmates to serve out their sentences in our prisons today,” McClellan said. “Are our children safe because our governor is letting criminals back on the street? Davion Scarbrough wasn’t.”

According to the New Jersey Department of Corrections, 61.6% of the incarcerated population has received at least a first dose of the Covid-19 shot. Out of more than 640,000 Covid tests performed on inmates, 10,525 yielded a positive result.

“If the governor was truly concerned about the health and safety of the public, he would allow correctional police officers to work their jobs that they took an oath to perform, rather than making them get vaccinated or fired, and adopt policies that would effectively reduce recidivism rates and deter crime,” McClellan said.