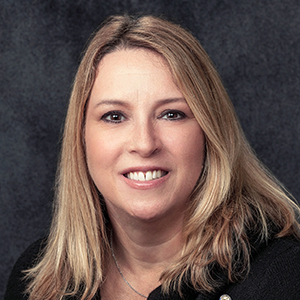 TRENTON, N.J. – Catalytic converter thefts have exploded over the last several years as precious metal prices have risen exponentially. To deter those thefts, Assemblywoman Kim Eulner has introduced legislation that would stiffen penalties for that specific crime.

Federal law enforcement agencies busted a multimillion-dollar nationwide catalytic converter theft ring late last year. A Monmouth County based business, DG Auto Parts LLC, allegedly trafficked converters from California, and extracted and sold the precious metals to the tune of $545 million. Agents also seized more than 200 pallets of converters in Monmouth and Burlington counties from the same investigation. In all, 21 individuals were arrested across five states.

“That bust last November was huge. Locally, dozens of men and women, often from out of the area, are arrested for catalytic converter thefts every month. Let’s face it, those are just the thieves who get caught,” Eulner (R-Monmouth) said. “Clearly the payoff is worth the risk of getting caught. We need tougher penalties to deter would-be criminals.”

The catalytic converters’ pay dirt is its platinum group metals – palladium, rhodium and platinum. Those metals sell for thousands of dollars per ounce; the typical converter possesses 2-7 grams of palladium, 3-7 grams of platinum and 1-2 grams of rhodium. Each are highly resistant to corrosion and reduce the amount of harmful exhaust emitted into the atmosphere as part of the converter.

The value of those metals coupled with the ease in which catalytic converters can be removed from vehicles make them an attractive target for thieves. Depending on the vehicle—Ford F-Series and Honda Accords are among the most targeted nationwide—thieves can sell the parts for $500 each to recyclers, who then extract the metals and sell those powders. All three metals are also used in dentistry as well as jewelry and musical instruments.

Eulner’s bill (S3410/A5058) would require that if the stolen item is a catalytic converter, the degree in crime be increased one degree. Penalties are determined based on the stolen items’ values and the circumstances surrounding the theft. Typically, second- and third-degree offenses carry fines of up to $150,000 and $15,000 respectively. Jail times may be set at the discretion of the judge and prosecutor.

“My constituents in particular have been ravaged by such thefts. These brazen offenders, often repeat offenders, feel no fear as the law stands now,” Eulner added. “Let’s increase penalties to decrease these crimes.”