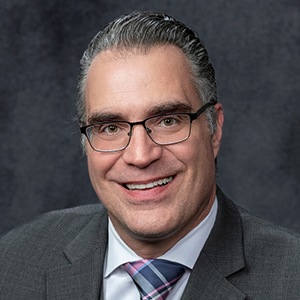 TRENTON, N.J. – While Vladimir Putin has launched an unprovoked ground and air invasion against neighboring Ukraine, Assemblyman Christian Barranco warns that the Russian leader may carry out a different kind of war against Americans.

The Department of Homeland Security says cyber threats from Russia are a real concern, especially against the nation’s financial institutions and critical infrastructure, including telecommunications, energy, water utilities, healthcare facilities, and government organizations. Such attacks have been ongoing since at least 2016, with sophisticated hackers targeting less-secure third-party suppliers to gain access to their main targets.

“Our state and region are at a high risk with an newly-aggressive Russia led by Dictator Putin,” Barranco (R-Morris) said. He sits on the Assembly Telecommunications and Utilities, Transportation and Science, Innovation and Technology committees. “I’m calling for needed safeguards and hardening of our utilities, personal and private data centers, as well as our financial data operations. We are, of course, the home of Jersey City which is now known as ‘West Wall Street.’”

The threat is real. In June 2017, Russian state-sponsored hackers coordinated what has been called the most destructive cyberattack to date, NotPetya. The attacks led to more than $10 billion in damages worldwide, including millions of dollars lost and disabled critical vaccine production for New Jersey-based Merck Pharmaceuticals. The attack also shut down operations at Port Newark.

Facing sanctions from a growing number of western nations, Putin has threatened “consequences you have never seen”–nuclear or cyber, it was unclear–should any foreign country interfere with his invasion.

The New Jersey Cybersecurity and Communications Integration Cell recommends all agencies and businesses regularly update their network continuity plans and implement multi-factor authentication for all accounts, among other safeguards.

“This is everyone’s problem. While bad Russian actors may not hack into a personal computer, it’s difficult to use a computer if the power grid has been shut down and the internet is out,” Barranco added. “Be vigilant.”