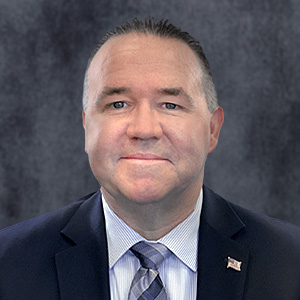 A lifelong resident of Jackson Township, Alex Sauickie was sworn in as assemblyman in September 2022.

He is a veteran advisor in the global financial technology market and heads wealth management services for Fidelity Information Services Inc., a multinational payment services provider based in Jacksonville, Fla.

He began his career with Merrill Lynch in 1994, where he helped develop the electronic trading platform Merrill Edge, and went on to become chief executive and operating officer of multiple financial software companies. He earned a Bachelor of Science in business administration and marketing in 1993 from Trenton State College (now The College of New Jersey).

Previously, he was a Jackson Township councilman from 2019 to 2022, serving as vice president and later president in 2020. He also served seven years as a board member of the Kimball Medical Center Foundation (now Monmouth Medical Center Southern Campus), with two years as chairman.

An avid marathoner and Ironman triathlete, he is a father of five and resides in Jackson Township with his wife, Maggie.

Alex Sauickie in the News