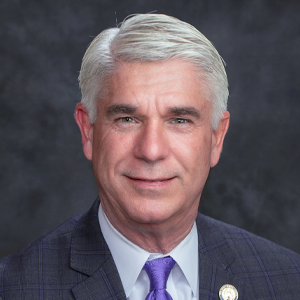 TRENTON, N.J. – The Assembly Commerce and Economic Development Committee on Monday advanced a bill that prohibits motor vehicle manufacturers and dealers from requiring subscriptions for some motor vehicle features.

Assemblyman Kevin Rooney, a sponsor of the bill (A4519), says consumers have been blindsided when purchasing vehicles with features already installed. Those customers later learn those features are subscription-based and not included in the sale price. For instance, one high-end car company plans to charge $18 per month for its heated car seats, despite that hardware factory installed with its vehicles. Another company charges for a hands-free driver assistance technology after three years. Some manufacturers are going as far as charging a monthly fee to start vehicles with a key fob, a feature that has been free for years.

Manufacturers, eager to increase profits, have boasted to investors of profits exceeding $20 billion with subscription services by 2030.

“There’s no additional cost to most manufacturers and dealers for these options that already come with the vehicles. It is a way for them to create a revenue stream without additional benefit to the consumer,” Rooney (R-Bergen) said. “Yes, the technology continues to evolve and always will, and the companies are trying to evolve with it. But car buyers feel cheated. They don’t want to pay twice for something they already own.”

The bill would exempt third parties that offer services such as satellite radio or in-vehicle Wi-Fi. Manufacturers and dealerships would be subject to fines of $10,000 for a first offense and up to $20,000 for subsequent offenses.

“The argument is, we are in a subscription-based economy. That’s unconvincing. We’re not talking about a TV, music or even food service. Car companies want to take things that are already installed, things that used to be free, and charge a fee,” Rooney added. “Surveys show consumers would rather pay for features up front, or not have them at all. New Jersey consumers shouldn’t be victims of fine print.”