Lawmaker to the rescue, literally

Lawmaker to the rescue, literally 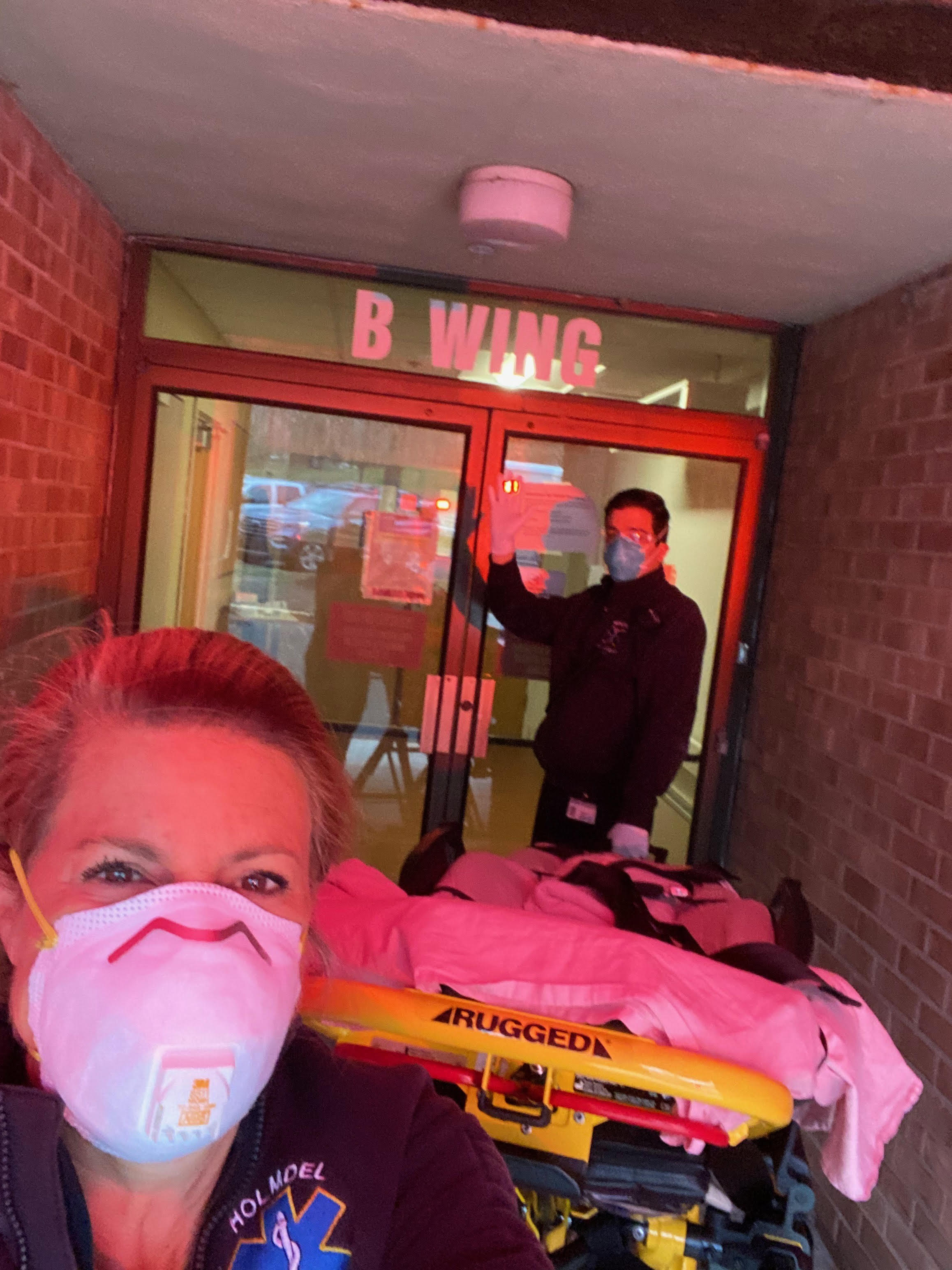 HOLMDEL, N.J. – In stark contrast to those struggling to keep busy amid the coronavirus shutdown, Assemblywoman Serena DiMaso fills hours of every day answering calls for help. For more than a decade, DiMaso has been volunteering for the Holmdel First Aid Squad.

“I like being able to give back to the community in an anonymous way. When I go out on calls, people don’t even know it’s me,” said DiMaso (R-Monmouth). “You don’t do this job for the credit, you do it to help the residents who are in need of assistance.”

Before the coronavirus outbreak, DiMaso would transform into a first responder every Monday night or whenever her daytime schedule would permit. Now that her legislator duties have moved online and in-person meetings have been rescheduled, she is at the station all day or all night only leaving for dinner with her husband or to catch a few hours of sleep. She hits the repeat button the next morning.

“We have five nursing homes in our community, so we are coming to the aid of many senior citizens right now,” said DiMaso. “Many of our calls deal with people who believe they are infected with COVID-19, so there is a matter of educating people on the symptoms and taking the extra precautions to protect ourselves and patients as well as disinfecting the ambulance. Everybody right now is getting a mask.”

The 55-member Holmdel squad goes out on about four calls a day. If the first responders transport someone who is believed to be infected, their protocols have them wiping down ambulances from ceilings to seats and dressing in complete protective gear including goggles, booties, gloves and masks. She said they are in a fortunate position to have an adequate supply of personal protective equipment thanks to a forward-thinking officer.

“Thankfully we are prepared to do whatever needs to be done to care for the residents. It’s a team effort,” said DiMaso. “Whether that means we are working 12-hour overnight shifts, or quickly changing from our civilian clothes to answer a call, we are here to save lives.”

DiMaso is no stranger to public service or health care. She started volunteering for the Holmdel squad when she was the town’s mayor. She is the daughter of a police officer and her husband is a physician. She is also the chairwoman of the Bayshore Medical Center Foundation.

Another Monmouth County lawmaker, Sen. Declan O’Scanlon replied to a photo of DiMaso attending the Assembly’s historic virtual voting session in her first responder uniform with the following tweet:

For many first responders, it’s not a career, it’s a calling. DiMaso echoes those sentiments.

“Out of all the things that I spend my time doing, this is the work from which I draw the most satisfaction,” concluded DiMaso. “You get an immediate response from helping someone.”