Climate change curriculum needs to teach children how, not what, to think, Scharfenberger says

Climate change curriculum needs to teach children how, not what, to think, Scharfenberger says 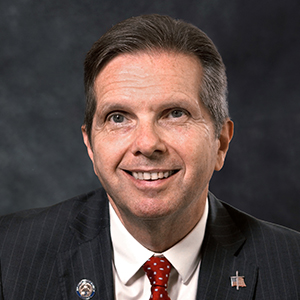 TRENTON, N.J. – Supported by New Jersey First Lady Tammy Murphy and signed into law in June 2020, New Jersey is the first state in the nation to mandate that all public schools teach climate change in all grades. Those lessons start this school year.

Assemblyman Gerry Scharfenberger, a professional archeologist and adjunct professor at Monmouth University, discusses with his classes that climate change has been occurring for millions of years, for natural and manmade reasons. While he supports a rigorous study on all topics controversial or not, he expressed concern over how this new curriculum will play out in the classroom.

“There are a lot of things about this that bother me. First, this mandate was pushed by politicians, educators, and activists with an agenda, the green kind. Second, when listening to them, you would think the climate science is settled. It’s not, but they go unchallenged,” Scharfenberger (R-Monmouth) said. “Third, our children are a captive audience. Will they have the freedom to learn all sides of the issue and ask honest, tough questions—in other words, do the diligent work of a scientist—or is this just indoctrination time?”

Students grades K-12 will be taught that overuse of resources, unsustainable practices and policies, and human behaviors have resulted in climate change. Particular focus will be paid to the inequities of these catastrophes, with lessons focusing on “both the science of climate change and the environmental and social justice issues that result from the rapidly changing climate,” according to a February 2022 report for the New Jersey School Boards Association.

The assemblyman pointed out that what was gospel truth over the decades has been memory holed, conveniently replaced by a new existential crisis: global cooling and a new ice age in the 1970s, acid rain and a hole in the ozone layer in the 1980s, or rising sea levels wiping countries off the map by 2000.

“Students need to know what propaganda is. They must learn that many respected scientists and other professionals believe fossil fuels lead to human flourishing and better ecological outcomes. Nuclear power is the cleanest energy source ever harnessed. Will they learn carbon capture systems that will help mitigate the effects of carbon released into the atmosphere? Will they understand the connection politics, industry and science has? Who is profiting off the fearmongering?” Scharfenberger added. “No, it’s clear they are being taught what to think, not how to think, creating a generation of terrified followers and not stoking the minds of future scientists and innovators. It’s educational malpractice.”