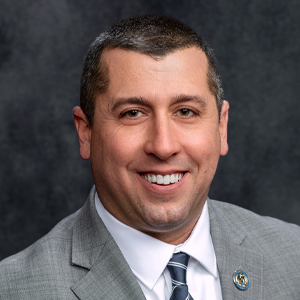 Bergen, himself an Apache helicopter pilot during Operation Iraqi Freedom, chose to plant roots in his home state after his active military service ended. But so many veterans feel forced out of New Jersey for the friendlier tax laws and benefits down south or out west. The Assemblyman wants to reverse that trend.

“We can do so much more for the veterans in our state. We need to stop focusing on small efforts and make big leaps,” said Bergen (R-Morris). “I have big plans. I’m just getting warmed up.”

Another bill, mirrored after New York State’s language, would provide businesses a $2,500 tax credit for hiring National Guardsmen who have completed or returned from deployment or activation. Entrepreneurial veterans would benefit from another proposal that would allocate 7% of small business program funds to veteran and service-disabled veteran owned businesses.

The Assemblyman is also aiming to help the most vulnerable of the veteran population: those who are homeless or battling suicidal thoughts. Bergen wants to create a veterans’ suicide prevention commission that would focus on transition services that would provide evaluation, research, education and training. He’s also calling upon the state Department of Community Affairs to establish programs and strategies to end veteran homelessness within three years.

In the meantime, he has pledged to continue searching out the best pieces of legislation throughout the country to adopt here, to not only keep New Jersey’s 308,000 veterans here, but attract others to make the Garden State home.

“This next round of legislation is just one more small step in a massive effort I am putting together to make New Jersey the best place for veterans in the country,” said Bergen.