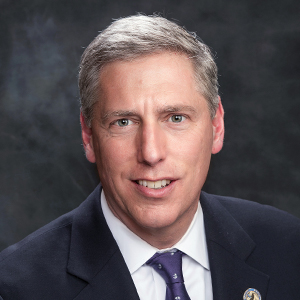 TRENTON, N.J. – Assemblyman Erik Peterson is calling for hearings into nursing and veterans’ homes deaths following the announcement that most mandates at the Statehouse will be lifted Friday.

Peterson said Democrat leadership in the Assembly is finally following the science by dropping its politically motivated vax-or-test mandate. The State Capitol Joint Management Commission yesterday dropped testing requirements or proof of vaccination requirements for legislators, employees and the public, but retained the mask mandate for most people.

Under the updated rules, legislators are exempt from the mask mandate.

“The Democrat-led commission continued its fraud on the people of New Jersey by pretending to end a mandate that it had no legal authority to make in the first place,” Peterson (R-Hunterdon) said. “The Democrats claim to be following the science, but the truth is, the only thing they were following was political science of radical communists taking control of the masses by scaring people into giving up their God-given rights to government. Had not my Republican colleagues in the Assembly stood up to this tyranny the Democrats’ announcement Monday would be doubling down by requiring a fourth booster shot to enter the Statehouse, not revoking the mandate.”

Now that the Covid mandates have ended, Peterson said it is time to not only start the investigations into the nursing home and veteran’s homes deaths, but also how some of Gov. Phil Murphy’s top staff appear to have received preferential treatment during the lockdowns.

“We owe it to the families and the people of New Jersey to conduct a thorough investigation into these deaths and possible abuses of power that occurred during Governor Murphy’s total takeover of New Jersey government.  We need to pass legislation to make sure that this governor and no governor in the future can by-pass the legislative process for two years.  These last two years have been a wake up to defend our representative form of government from those who want to be kings,” Peterson said.

Democrats and Republicans lambasted CDC Director Rochelle Walensky in leaked audio from an Energy and Commerce subcommittee recently, where politicians complained CDC mask guidance is draconian and out of step with reputable studies about mask efficacy. Walensky refused to budge, but claimed the agency was simply providing guidance, not mandates.

In New Jersey, against CDC guidance, Gov. Phil Murphy is ending his mandate that schoolchildren, staff and visitors wear masks in schools effective March 7. Each district will decide its own policy. As of today, Newark, Plainfield, Willingboro and Camden will require students and staff to continue masking.

“The Democrats want to strip people of their rights. I say, we need to strip these masks off our faces. We need to strip the governor of his unilateral emergency powers, with which he abused the people of New Jersey for more than two years,” Peterson said. “We stood firm and freed our children. We will continue to stand firm to free all New Jerseyans from these mandates, and work to ensure this never happens again.”